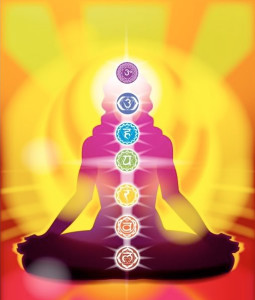 Chakras is an Eastern concept of centers of energy in the body. Yoga and energy healing such as Reiki is based upon balancing the Chakras of optimal physical and emotional health.

Learn more about Chakras here, test your Chakras then select one or all of Twenty-4 Zen Gluten Free (and Delish!) Granola to enhance your Chakras. Even if you don’t believe in Chakras you will believe this is the best tasting granola on the market!

What is Gluten Free and Why it Can Taste Delish: The Food Snob ExplainsDoubtlessly, my friends, you’ve seen it the new aisle in the supermarket or even some drug stores, the shelves littered with gluten free products. Yes littered, unattractive packaging and crumbly products disguised to mimic the real thing- like biscuits are carelessly strewn behind shelf talkers that make no sense.

Not a good idea. It is estimated that at least 10% of the US population suffers from some form of gluten intolerance, or gluten sensitivity and roughly 1% of the entire US population has celiac disease. This means that many, many people are sensitive to wheat and barley products.

Let’s calculate this in real numbers: According to the 2010 US Census there are 308,745,538 people in the US, give or take a few. Ten percent would be near 31 million people who have some form of gluten intolerance and more than 3 million with celiac disease. This would equal somewhere near 33 million people who do not want to live with gluten. The gluten free market is as large as the yoga market and look at all the products that are being pitched to the yoginis! They don’t have to put up with bad packaging, bad taste and cardboard flavor.

Fortunately into this arid dessert of dry, unfathomable food arrives Twenty-4 Zen Gluten Free, 100% Vegan granola which will appeal to everybody and at 4 grams of protein per serving – everybody. Three flavors are truly nirvana for the palate and chakra balancing too!

Mild Chili Mango- premium gluten free oats, brimming with sunflower and pumpkin seeds and sliced almonds is studded with sweet mango lightly dusted with mild chili powder for a delicious kick at the end. Enhances the sacral chakra for creativity 24/7.

Lemon Ginger- zesty lemon with a kick of ginger up the ante with crunchy, premium gluten free oats and sliced almonds. Balances the solar plexus chakra for confidence, a sunny outlook and zen 24/7.

With Twenty-4 Zen all that blah, gluten free stuff can taste delicious. Sprinkle any flavor on soups, salads, even use it in a stuffing. Have it for breakfast or as low carb, natural, preservative free, replenishing snack.

Finally, an oasis in the gluten free desert.

Rock your world with Twenty 4 Zen Gluten Free, Vegan, Soy Free, Gourmet Granola. We offer a snack /breakfast/anytime treat that is low in calories, carbs/sugars and fat in the flavors you crave. We’ve designed Twenty 4 Zen to balance the body and spirit by combining sweet and salty, sweet heat and sweet and tangy. All packed with flavor that will keep you feeling Zen Twenty 4 Seven.